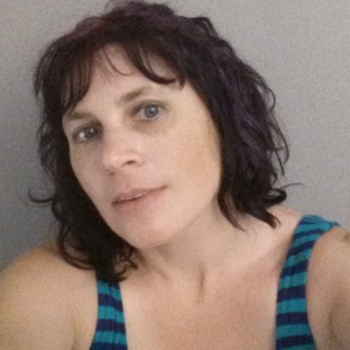 Shortly before my dad died, we opened a family-run bakery. It took us 18 months to build the bakery. My dad wanted to stay alive long enough to see it open. He got a chance to attend our grand opening, but that was the last time he was at the shop. After that, the fight started leaving him. It was almost as if he thought he didn’t need to be here anymore because he saw that everything was OK.

My dad had always been relatively forgetful, but eventually he forgot how to make simple phone calls. I remember when we realized there was a big problem: My mom asked him to call the bank, but he said he didn’t know how to use the phone or what to say. He was initially diagnosed with a form of mad cow disease because the symptoms include forgetting how to walk, talk and perform simple tasks—and at 60 years old, he seemed too young for a degenerative brain disease like dementia. A year later, he was diagnosed with Alzheimer’s disease. However, we soon realized his symptoms were progressing too rapidly to be Alzheimer’s.

After that, my parents moved in with my husband and I because my father was declining so rapidly; they moved from Reno, Nevada to Tracy, California. My mom, brother, husband, son and I lived with my parents. My sister lived in Modesto, California, so she drove an hour and a half every day to help us. My other son also lived nearby, and he drove down each day to help out as well. Our intention was to keep my dad at home. He got to see all of his grandchildren, which brought him peace. It was easier for him to be in familiar surroundings. This way, when he became forgetful, he was surrounded by familiar faces. We found a specialist in Modesto, California, who officially diagnosed Dad with Lewy body dementia (LBD) when he was 62 years old. After his diagnosis, we only had 18 months with my dad. He passed away about two years ago, when he was 64 years old.

We learned a lot about LBD after Dad’s diagnosis. For example, when we took the time to listen to what he was saying, we could figure out what he meant. He’d say things like, “Somebody took my head and stole it.” We realized that he was trying to express how he felt—like he was losing his mind. When a loved one has LBD, you have to read between the lines. Sometimes, when he’d forget certain words, we’d tell him we wanted to play Charades with him to help him find the right words. We’d say, “Our charades game is terrible, but if you just give us a few minutes, we’ll get better and try to figure out what you’re trying to tell us.” Sometimes, you have to use humor to brighten the mood.

My dad always said he had to go to the bathroom, even right after he just went. However, we learned that with LBD, certain body parts start shutting down one at a time. When particular body parts shut down, a person may feel a lot of pressure that makes them feel like they have to go to the bathroom. Because the doctors often said they didn’t know why my dad was experiencing certain symptoms or behaviors and that they couldn’t help us, we had to do all of the research on our own.

We also learned that medication for LBD often doesn’t work. An antipsychotic may treat other neurological diseases, but with LBD the medication amplifies certain problems, causing the dementia patient’s hallucinations to become worse. The hallucinations might increase: more monsters, invisible animals or dead people. Other things seemed to go against what the doctors told us. Even though they said we shouldn’t give my dad any alcohol, we noticed that when we gave him a glass of rum each night, he seemed to become more lucid. One doctor told us, “He’s dying. If he wants alcohol, let him have it.” I don’t know if it was the alcohol, or just the ritual of having a drink, but he seemed to look forward to it each day. We only gave him a couple of ounces that he’d drink with my husband. It was their nightly ritual, and I think it gave him a sense of peace because it was something that happened every day at the same time.

With my dad, we also did what we called “restarting” whenever he had trouble remembering or processing something. When he’d get stuck, we’d say, “Close your eyes. Now open them.” We repeated that three times. It was like a reset button. Usually, this process was effective because closing his eyes would relax him and let him acknowledge that it was OK to be stuck for a moment. When he said he forgot how to go to the bathroom, we’d try this process and after, he’d get up and go.

I also tried to keep my emotions in check around my dad. I learned that I couldn’t raise my voice whenever I was happy or sad. You have to be careful because loud noises startle someone with LBD and can trigger a memory lapse. A lot of times, I sat outside in my truck and had a meltdown because I couldn’t bring those emotions inside. Releasing my emotions was important so that I didn’t disturb my dad, who needed me to be stable. Even though it was hard to monitor myself, I never blamed him and always tried to remember that it wasn’t his fault that he was sick. My dad often said he felt as if he was hovering about his body and seeing it do things he knew he shouldn’t do. LBD is different from other forms of dementia, because someone with LBD knows something’s wrong with their mind and they can’t stop it. That must be terrifying and frustrating.

It’s important to have a support group, even if it’s online. That way, you can talk about your frustration or grief with someone on the outside and get a cyber high five or hug. Just like my dad, I learned that it was helpful for me as a caregiver to have a reset button. We started a Facebook group to connect with other families. At first, we were surprised by how many people with LBD joined our Facebook group. We learned that they still want to feel loved, as if they’re contributing to society and that they’re not a burden. After my dad passed away, we let the group stand idle for a little while because we were still so full of emotions. One day, I started talking about things my dad used to do and other people started posting questions. Now, it’s sad when someone leaves our group because we become attached, but that usually means that their loved one or they passed on. I know my dad would’ve wanted us to help others, so I’m glad we’re keeping the group going in his honor.

Shortly before my dad died, we opened a family-run bakery. It took us 18 months to build the bakery. My dad wanted to stay alive long enough to see it open. He got a chance to attend our grand opening, but that was the last time he was at the shop. After that, the fight started leaving him. It was almost as if he thought he didn’t need to be here anymore because he saw that everything was OK.

Connie Welshonse was a caregiver for her father, who had Lewy body dementia (LBD). She runs the Facebook support group Lewy Body Dementia Group In Memory Of Rickey Simas.