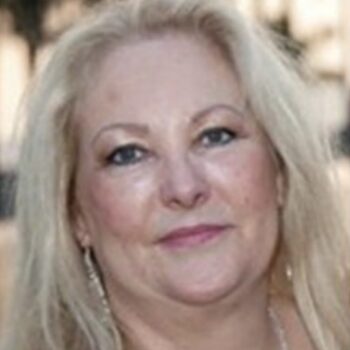 My father, grandmother, aunt, uncle, father’s twin brother, mother-in-law, brother-in-law and even my dog all had dementia. I have learned that peoples’ biggest challenge is not understanding what is happening to the brain of their loved ones, common behaviors people with dementia have and how to respond to these behaviors.

Lisa Paglia is the author of “Not All Who Wander Need Be Lost: Stories of Hope for Families Facing Alzheimer’s and Dementia.” She had eight loved ones with dementia. She runs a support group at an assisted living facility for family members of people who live in memory care units, and a placement service that helps people find appropriate facilities for their loved ones.

My father, grandmother, aunt, uncle, father’s twin brother, mother-in-law, brother-in-law and even my dog all had dementia. In my professional life, I have worked with seniors who suffer from cognitive impairment and their families for over 20 years. I have learned that peoples’ biggest challenge is not understanding what is happening to the brain of their loved ones, common behaviors people with dementia have and how to respond to these behaviors.

As your loved one’s memory starts to fade, it’s hard to know how to respond to some of their difficult questions. For example, people with dementia often forget that they’ve lost a loved one. One weekend, while visiting with my mother-in-law, we were having a nice visit, but suddenly, she became stressed and said, “Oh my gosh, Marty’s going to be so worried about me. I have to get home. He’s going to wonder where I am and where his dinner is.” Marty, my father-in-law, had passed away five years earlier. However, she believed that the person she had been married to for more than 50 years was alive and well, waiting for her to come home, and that she was just at our house for a visit. The worst thing I could’ve said was “Oh, Mary Ann, Marty’s not waiting for you at home. He died five years ago.” That statement would have been devastating and it would’ve been like she was learning the information for the first time. Instead, I said, “It’s perfectly OK. He called a little while ago. He knows you’re here and said you can stay as long as you want.” She asked if I was sure, so I replied, “It’s fine. You’re having a great visit. I’ll be taking you home in a little bit.” After, she relaxed and stopped discussing that subject. It’s important to keep someone with dementia’s reality in mind. If I told her the truth, she would’ve asked, “What do you mean he’s dead? Nobody told me. When did this happen?” Similarly, if I ignored her, she would’ve become fixated on the subject and worried that he would be upset. The best way to approach difficult questions from a loved one with dementia is to acknowledge what your loved one is talking about and to join their reality in some way.

It’s also important to join your loved one’s reality when they mix fantasy with reality. My aunt was my uncle’s caregiver for many years. One day, she heard him talking to someone in the hallway, where there was a full-sized mirror. When she went to see who he was talking to, she realized he was talking to his own mirror image. He believed his mirror image was another man; eventually, he befriended the “man in the mirror” and started having regular conversations with him. One day, my aunt heard him ask his mirror image if he had seen his sunglasses and if he had taken them, but then he said to his image, “Nah, you wouldn’t do that. We’re buddies!” On another occasion, my aunt found Lorna Doone cookies crumbled up on the floor near the mirror and couldn’t figure out how they got there. Then, she witnessed my uncle trying to share his cookies with his new friend. Eventually, she took the mirror down, and my uncle never talked about his friend again.

Dementia affects reasoning, judgement and short-term memory. Once someone with dementia gets something in their mind that they believe to be true, it’s almost impossible to convince them that it’s not. Arguing with them or trying to correct them triggers aggravation, so it’s best to acknowledge what they are experiencing, then change the subject or do something that will take their mind off the fantasy.

Eventually, your loved one with dementia may stop recognizing you because of the damage that is happening to their short-term memory. It’s gradually being erased, but it’s a long process before the short-term memory is completely gone. When the short-term memory is temporarily disconnected, the long-term memory takes over, and the person with dementia believes that their life is taking place in the past. Sometimes, my mother-in-law saw my husband and recognized him as her son. Other times, she called him Otto, who was her brother. When she referred to him as Otto, her reality was in the past before she was married and had children, so the only thing that made sense to her was that this man must be her brother. In her reality, she didn’t have a son yet. Again, the best approach to this situation is to join their reality.

Paranoia, hallucinations and delusions are common behaviors caused by dementia. My grandmother displayed all three. I visited her at home before we moved her into a care home, and she told me stories of birds that lived in her mattress, came out and pecked her face at night; men who were trying to kill her when she took a shower; people who were stealing her jewelry and other items; and, of course, the rats that ran along her walls at night. She told these stories so convincingly because she sincerely believed that they were all true. Of course, none of it was true in our reality, just in hers. Loved ones may find it difficult to understand how they should respond to the incredible stories they often hear. Again, our loved ones believe them to be 100 percent true, and nothing we say will convince them otherwise; acknowledge what they’re telling you, join their reality, then try to bring up another subject. For instance, you can take out a photo album and ask your loved one to tell you about some of the pictures. Reminiscing can be a stimulating activity for them.  However, if you ignore what they’re trying to tell you, it will only make them fixate on that subject even more intensely.

My experiences have taught me how to help others better understand these behavioral challenges so that they can enjoy a better relationship with their loved ones. Similarly, your loved one with dementia will enjoy a better quality of life as they progress through this illness. I want to emphasize that the behaviors that are caused by dementia are the disease and not the person. They’re so different from the people we knew before they were sick, but what’s helped me over the 20-plus years that I’ve been working with families is reminding myself and my client that this is the disease. Keep telling yourself that. This is not mental illness. This is a brain disease and there’s a huge difference between the two.