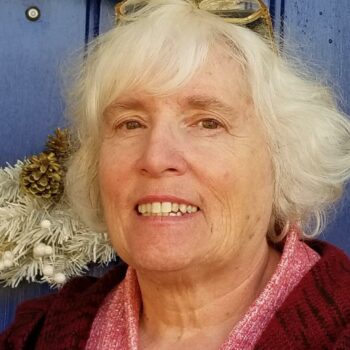 I also learned how I could use humor during difficult situations. Caregivers should not take insults personally; sometimes, those with Alzheimer’s may insult the people who are closest to them.

Sometimes, Alzheimer’s barges in through the front door; other times, it sneakily tiptoes through the back. My mother’s Alzheimer’s diagnosis involved the back end of things. I began noticing her symptoms shortly before picking her up for her colonoscopy when she was 87 years old. If anything screams “back end of things,” it’s a colonoscopy. I tell other caregivers who have a loved one with Alzheimer’s that it’s not in poor taste to find humor whenever you can, if appropriate.

I told my mother, who was living independently then, that I’d pick her up for her colonoscopy at 8 a.m., and that I’d call her before I left. She called me at 8 p.m. the night before and said, “It’s 8 o’clock, and you haven’t called. Are you ready to leave yet?” I reminded her that it was the night before, and she said, “Oh, after I swallowed what I needed for the colonoscopy, I took a nap, saw that it was 8:00 and light outside [since it was summer], so I thought it was morning.” This mix-up was unusual for her, but I understood why she might have been confused. A few weeks later, when she showed up two hours early to her hair appointment, little antennae in my head went up, and I thought, “Something is wrong here. Danger, Will Robinson!” I even have a chapter in my book, My Mother Has Alzheimer’s and My Dog Has Tapeworms: A Caregiver’s Tale, entitled “I a.m. Confused, “ because she was getting confused about time, all the time.

I became even more alarmed about her cognitive functioning after I called her and she said, “I’m just wiping up the blood from my fall.” My husband and I were coming over that day to hang up pictures for her. She had fallen while giving herself a pedicure. We took her to the hospital, and the doctors gave her an X-ray and a CAT scan to confirm she didn’t break her arm or have a concussion. At that time, you couldn’t confirm someone had Alzheimer’s until after an autopsy, but I asked the physician if she could look for anything in my mom’s brain on the CAT scan to determine whether she may have Alzheimer’s. The physician came back and nodded her head. Later in the week, I took her to a neurologist, and I researched taking her to a geriatric psychiatrist.

At the neurologist’s office, my mother couldn’t draw the face of a clock or locate hidden items, like a pen hidden behind a pillow or a cup hidden in a closet. When the neurologist asked her where the items were, she said, “Oh, I don’t worry my head about those things.”

We learned that she had an undiagnosed stroke about five years before her Alzheimer’s diagnosis; I was shocked because I spoke to her or spent time with her nearly every day, and her speech, facial muscles and gait were never affected. She had been diagnosed with vertigo around the time of the stroke, and I found out several years later that a stroke is sometimes misdiagnosed as vertigo. I didn’t know this at the time; otherwise, I would have brought this up to her doctors.

I had to wear many hats during her illness: daughter, caregiver, advocate, friend. As a caregiver, you often have to fend for yourself, but remember to be a friend to yourself, whether it’s reading a few pages of a good book, or talking with a good friend. This is especially true if your loved one lives with you, as my mom did after her neurologist visit. I became her full-time, live-in caregiver. The forgetfulness of Alzheimer’s might make your loved one lose physical objects, but you, as a caregiver, will lose your mind, your sanity and your sense of self, unless you find humor where you can.

One day, my mom began telling someone about her life after college. She wanted to say that she pounded the pavement looking for work in New York as an accountant, but instead, she said, “I walked the streets of New York if you know what I mean.” I tell people that she might have been a sweet talker, but she wasn’t a street walker.

My mother wasn’t the only one accidentally using phrases with a double entendre. We bought her an electric cushion to go on top of her chair because she also had arthritis. When my husband went to the post office window to get the package, the postal clerk said, “How big of a package is this?” Not realizing how his response sounded, my husband replied, “Well, I’m not exactly sure what the dimensions are. It’s an electric chair for my mother-in-law.” When he told me the postal worker’s reaction, we just had to laugh. Alzheimer’s is such a sad disease, and we usually didn’t make conscious efforts to find humor throughout our experience; often, though, these things would just happen.

My mother’s arthritis made it difficult for her to walk, even though she used to be very active. One day, she was walking to the bathroom, and I said, “OK, mom, ten more steps and you’ll be at the bathroom.” She walked and counted, “One step, two steps,” then pounded her cane in front of her for steps three through ten, counting, “Three steps, four steps, etc.” Afterward, she asked, “Why am I not at the bathroom?” I said, “Mom, because the cane took most of the steps.” She said, “OK,” and then proceeded to walk, saying “11 steps, 12 steps,” but really, it was just steps three and then four. I thought, “This is how I do sit-ups… one, two, eleven, twelve.”

My mother kept very active most of her life through golf; before her Alzheimer’s diagnosis, she survived four bouts of cancer, and I believe her drive to get back on the course helped her through her illness. After she got sick, I had to help her up and down a lot; consequently, I developed frozen shoulders, and my husband had a bad back. When my mom slipped off her chair one day, we had to call the paramedics to lift her up. The paramedic who was lifting her said, “You’re a strong woman.” She replied, “Yes, I used to play a lot of golf.” He looked at me, and I nodded my head to confirm what she said. She added, “I even got a hole in one once,” and I nodded my head again. Then she said, “I even played golf with Tiger Woods once,” and he looked at me. I shook my head “no.” Even the paramedics had to smile at that.

Because those with Alzheimer’s may become paranoid, my mother’s doctor told me I should start using creative storytelling; in other words, it’s better to go along with your loved one’s reality than to argue with him or her. Sometimes, my mother would say, “Someone came in the second story window and stole my coffee. They have siphoned the coffee out of the cup.” (She still had a lovely vocabulary.) She didn’t remember drinking it 10 minutes earlier, so in her mind, theft had to be a reasonable explanation. At first, I would try to reason with her, but I learned it was less upsetting for everyone if I said, “It’s OK, Mom. I’ll make you another cup of coffee.”

Not every tip that you’re given will work for your loved one. I read that to prevent wandering, caregivers should put a piece of black construction paper by the door because the Alzheimer’s brain will view it as an abyss, and they won’t want to fall into a never-ending hole. After I tried that tactic, my mother said, “You dropped a piece of paper in front of the door.”

I also learned how I could use humor during difficult situations. Caregivers should not take insults personally; sometimes, those with Alzheimer’s may insult the people who are closest to them. My mother would be delightful to the neighbors, but she would often insult me over nothing. I would say, “Mom, do you want some grits or scrambled eggs?” and she’d say, “Drop dead, go someplace warm,” something she would never have said before she had Alzheimer’s. By the twentieth time she said that to me, I said, “If I’m going somewhere that warm, I’d better bring sunscreen and a hat.” My husband often mouthed the words, “It’s not really your mother,” when she’d get into one of those moods. I tell caregivers that if you have to curse, curse the disease, not the person. Alzheimer’s is a horrible disease; my mom was not a horrible person.

One day, I was driving home from work and thought about what my life had become: My mother has Alzheimer’s and my dog has tapeworms. That’s how I got the title for my book. I added “A Caregiver’s Tale” because I wasn’t just an innocent bystander. The title is not meant to compare the disaster that is Alzheimer’s with the minor issue of tapeworms. But as a caregiver, sometimes you have a lot of things go wrong at once. Sometimes you have to take care of big issues, other times you have to tackle the little things—and sometimes, you need to take care of both at once.

My mom would often count, not just steps, but just randomly count out loud. Since she was an accountant, I think the math part of her brain remained somewhat strong, while other parts disintegrated, and it helped to give order to her chaotic brain. I also believe my mom, whom I’ll refer to as “Mary” to protect her privacy, must have had a good story within her. One day she said, “One, two, three, four, and that’s the end of my story.” Later at night, she knocked on the bathroom door and said, “This is Mary signing off.” Well, this is the end of our story. This is her daughter, R. Lynn Barnett, signing off.

R. Lynn Barnett has written two books: What Patients Want: Anecdotes and Advice and My Mother Has Alzheimer’s and My Dog Has Tapeworms: A Caregiver’s Tale. She’s a teacher by trade and an author and speaker by choice. She can be reached at rlynnbooks@gmail.com.