Scientists looking for a new Alzheimer’s treatment have traditionally focused on the build-up of protein deposits such as beta-amyloid and tau in patients’ brains. One research lab at the Massachusetts Institute for Technology is exploring a very different approach to tackling the disease. Dr. Li-Huei Tsai, Ph.D., director at The Picower Institute for Learning and Memory at MIT, is examining why light therapy may yield results before more conventional approaches.

Tsai is looking at how light therapy affects gamma waves in the brain. Gamma waves, also known as neural oscillations, are sort of like the conductor of the brain—they keep the rest of the brain in sync. When a single neuron fires, an electrical pulse is sent down its entire length.

Gamma waves happen when several neurons fire together, creating a cycle of synchronized, repeated electrical activity. Different patterns of gamma waves indicate different states of wakefulness or consciousness. The gamma waves during sleep, for example, are slower than those fired during memory exercises. The activity is supported by interneurons, the neurons that transmit impulses between neurons. In brain disorders like Alzheimer’s, schizophrenia and concussions, gamma waves are disrupted.

Being Patient: What gave you the idea to use LED light to test how Alzheimer’s disease would react?

Dr. Li-Huei Tsai: The field has made tremendous progress in terms of amyloid and tau and some other genes, and how they drive the disease. But in the end, the disease is affecting the brain. The brain is all about circuits, communications, information processing, population dynamics. In that regard, really not much is known. That really is the motivation that initially triggered me to look into how neurons fire, oscillations, and so on… We found that the gamma impairment actually appears very, very early, before the symptoms are manifested and even before overt pathology can be detected. This got us interested to start to think about whether impaired firing pattern of neurons actually may play a role in the pathogenesis itself.

Being Patient: What is it that you found in your experiments?

Dr. Li-Huei Thai: We found when we drive these interneurons which we previously showed can
increase gamma oscillations at the gamma frequency, amyloid level is profoundly reduced. Even just with one hour of stimulation, it’s reduced by about 40 to 50 percent. We were just shocked… if we drive in a different frequency, a lower frequency, we don’t see such a reduction.

Being Patient: Then you moved the experiment to flashing LED lights. Is that right?

Dr. Li-Huei Tsai: It’s actually not light flashes. If you can see the flashes, it’s very low frequency. At 40 hertz, which is the frequency we found that really works, the interval is so subtle that you can hardly see it … like a glowing light or like a twinkling light. We found that when we flash at 40 hertz the neurons contract. Then, we looked at amyloid levels and we found that the effect is essentially the same as optogenetics. We see about 50 percent reduction of total amyloid after one hour of stimulation.

When Will Light Therapy Be Available for Alzheimer’s Patients?

Being Patient: The next question, of course, on everyone’s mind is when you’re going to move this study from mice to humans.

Dr. Li-Huei Tsai: I think human experiment has to be conclusive. That has to be done very, very carefully with all the right controls and enough subjects. Most likely, I think, this will be done with maybe some sort of device, maybe goggles, something that can faithfully treat people with the correct frequencies. What I’m worried about, since our publication, is a lot of people wrote to me and just said they are making a home device. I’m very worried about that because the wrong frequencies may be detrimental. There are two important things that one has to figure out first before we go ahead with a human trial. One is to find out if 40 hertz light stimulation in human brains can train the neurons to fire gamma frequencies. We show it in mice.

Secondly, if human brains respond to the gamma training, then we need to find out whether that 40 hertz oscillations can reduce amyloid levels. I think those are the two key questions that need to be answered. If the answers are
positive, then I think one can start to really design careful experiments to see whether this is likely to be an agent that can either prevent Alzheimer’s or treat Alzheimer’s.

Being Patient: Why is 40 hertz the magic number? Could it be that 40 hertz works on mice, but then you need another degree on humans?

Dr. Li-Huei Tsai: Forty hertz seems to be a very natural kind of rhythm for the interneurons in the hippocampus and in the cortex. When you are actively engaged in some sort of task, you’re trying to focus, you can detect 40 hertz. It seems that 40 hertz is this magic number essential for information processing across the brain. You know how when your eyes perceive some sort of sensory input, this information is going to be processed throughout the brain through many different regions until, at some point, the brain can interpret it. Then you’re going to develop some sort of response. This is information processing and gamma seems to be the essential reason brain regions interpret this signal. That’s why this is so fundamental.

Being Patient: I guess when a lot of people who either have loved ones impacted by Alzheimer’s or who are suffering from the earlier stage of Alzheimer’s themselves, when they saw your research it felt like there’s a glimmer of hope. What do you say to those people? How patient do they need to be before these tests can actually tell us that?

Dr. Li-Huei Tsai: This approach is fundamentally different from the traditional pharmaceutical
approach. It’s so non-invasive. We treated the mice for a very prolonged period, two or three months. There is no detrimental effect that we can detect. My feeling is, whether it’s going to work or it’s not going to work, we’re going to get an answer sooner than the traditional antibody or small molecule approach.

Being Patient: Does sooner mean months or years? What’s the timeframe?

Dr. Li-Huei Tsai: I really think the clinical trials need to be conducted stringently and critically. I would say 10 years is needed for any drug to be developed into a treatment; for this, I would say perhaps we can cut the time into half hopefully. I’m being optimistic, but we definitely would know the answer sooner.

Who Could Benefit From Light Therapy for Alzheimer’s?

Being Patient: Who is the ideal candidate for these studies? Are you looking for people who perhaps have the ApoE4 gene or people who already have Alzheimer’s?

Dr. Li-Huei Tsai: For human trials, I definitely would suggest to go in with very early stage to begin with simply because, in the moderate to severe stage, so many of the brain cells are already dead. For this approach to work, you still need functional interneurons and some neurons there so they can oscillate.

Being Patient: If it is proven that this does work in human beings, what does this mean for actually solving the puzzle to curing Alzheimer’s disease?

Dr. Li-Huei Tsai: I don’t know whether I can solve any puzzle. As I said in the very beginning, I know there’s a lot of emphasis on genes and molecules. I think they’re extremely important. Amyloid and tau, they’re all important factors in the disease. I think, on the other hand, though, we have to understand really the network level, the circuitry level, how the cells are reacting to it, and the natural rhythms of the brain. How is that affected by the various risk factors? Because we detected this gamma impairment in the very early stage of the disease, I speculate that this impaired gamma probably plays a role in the pathogenesis of the disease too. It’s sort of like a feet-forward kind of relationship. When you have more amyloid, it may impair gamma. But when gamma is impaired, more amyloid is going to be in the brain. This is a vicious cycle. I think that’s why, if you can rescue gamma, then in a way it also impacts the mechanism of the disease as well.

This interview has been edited for clarity and length. 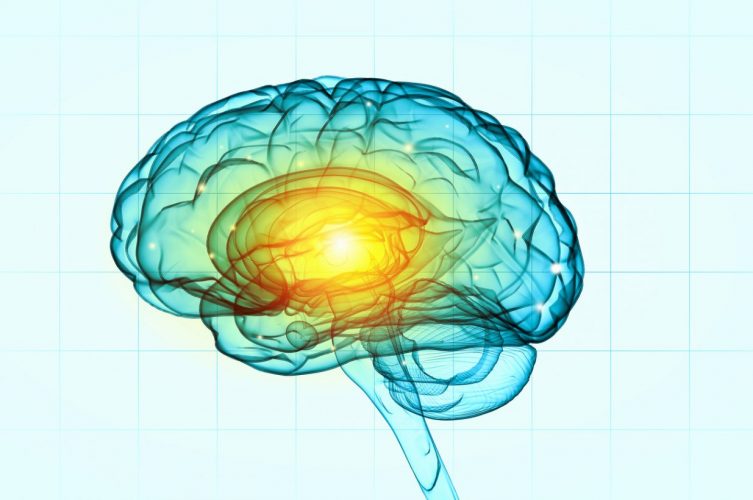 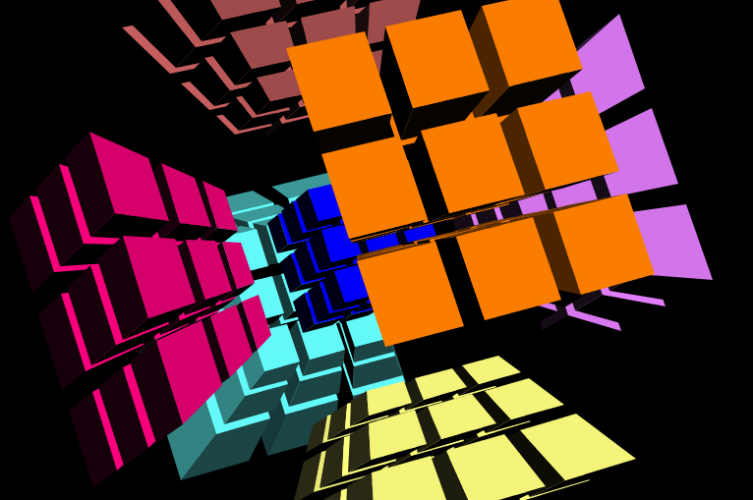 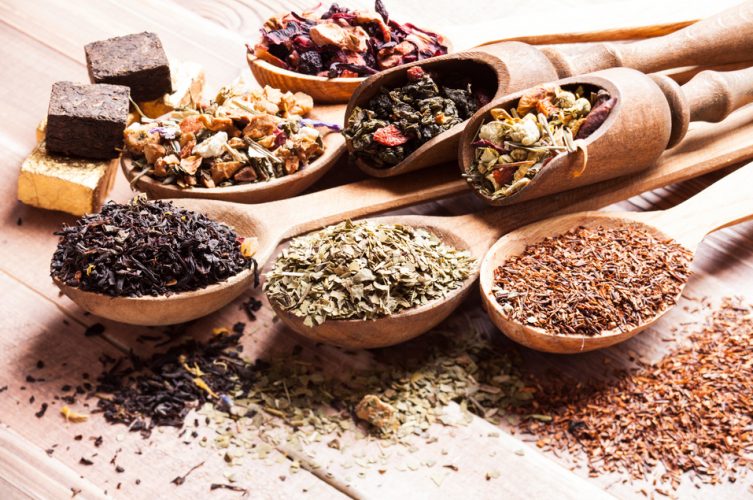 6 thoughts on “An Out-of-the-Box Approach to Alzheimer’s Treatment: When Will Alzheimer’s Light Therapy Be Available?”