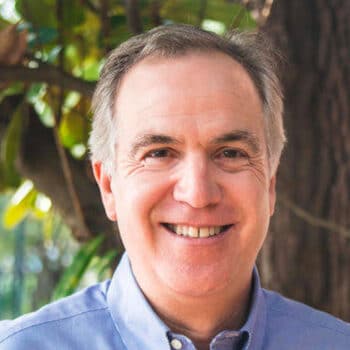 My mother was always more of an introvert and the idea of going to a club was something that she never really would have been excited about doing before. Now she says, “Why isn’t Alice’s Clubhouse open on the weekends? I want to go.” We’ve seen her mental abilities improve and her desire to socialize has massively improved as well.

My mother, Alice, has always been well-educated, well-read and tuned into the news. A few years ago, we noticed she was sleeping more and acting increasingly forgetful. We encouraged my father to have her tested for Alzheimer’s disease, and sure enough, she was diagnosed with the condition.

Fortunately, she hasn’t progressed too far and has remained relatively stable. Primarily, she has short-term memory issues. Sometimes she surprises us and is completely on the ball. Other times, she repeats questions.

The disease has affected her physically: In addition to sleeping a tremendous amount, she eats more and doesn’t exercise as much. She also cannot be left alone, which has impacted my father greatly because he’s her primary caregiver. The diagnosis changed their lives.

My wife is a psychotherapist, so she helped steer us in the right direction when my mother first started demonstrating symptoms of Alzheimer’s. I’ve noticed that in many families, there’s a lot of denial surrounding Alzheimer’s. People may come up with excuses as to why their own, or a loved one’s, behavior has changed. No one wants to admit there is a serious problem going on. We certainly experienced that denial, as did my father.

Several months ago, I founded Alice’s Clubhouse because my family and I discovered a gap in the health care system. If your family member or someone you care about is diagnosed with Alzheimer’s, and it’s difficult to care for them 24/7 or you don’t want to put them in a residential facility, there aren’t many options. At least in South Carolina, where I live, there were few options for a certain level of quality of care.

Adult daycares exist, but there aren’t many memory care centers. While thinking about this issue, we read a story about Diane Sancho, who is now the executive director of Alice’s Clubhouse. She had worked at a similar facility in Connecticut and was hoping to start one in South Carolina in the Charleston area.

When the time became appropriate for my father, he called her up and said, “You know, my wife is ready to go to your facility.” We had met with Diane earlier, but she wasn’t able to open a facility at that time.

My father and I talked about it and decided, “This really needs to happen because this is such an important thing for people.” We met with Diane and decided that we would go ahead and open the clubhouse. We discovered that one reason why there are so few of these facilities in the country is because it’s very difficult to open due to state licensing requirements. We struggled through that process, but we were able to open the facility and it’s been everything we’d hoped for. My mother has actually improved.

My mother was always more of an introvert, and the idea of going to a club was something that she never really would have been excited about doing previously. Now she says, “Why isn’t Alice’s Clubhouse open on the weekends? I want to go.” We’ve seen her mental abilities improve and her desire to socialize has massively improved as well. She had been staying at home, reading, sleeping and not interacting with people much. Now she is anxious to get to the clubhouse so that she can see the other members who are her friends.

We’ve seen that with other families as well. Something that is really gratifying to me is that people have started coming with their loved ones a couple of days per week. Everyone is adding days to their schedule and maxing out their time at Alice’s Clubhouse because the benefit has been so great on both ends: for the families and the person living with Alzheimer’s.

We’re trying to expand on awareness about the disease and what we can do to help all sorts of people dealing with Alzheimer’s or other forms of dementia. Recently, we partnered with the Charleston River Dogs, the local minor league baseball team. They’re the Yankees Class A-affiliate and we’re having an Alzheimer’s Awareness night at the event. We’re using it to raise some money for the Alzheimer’s Association as well as provide education for people.

Building Alice’s Clubhouse has been tremendous because personally, it has helped both my parents so much. It succeeded beyond our wildest dreams. The goal is to have more places like our facility in South Carolina and in the United States. South Carolina has one of the largest populations of people dying from Alzheimer’s, and the number of people affected by Alzheimer’s is expected to continue growing. The need is tremendous, so the goal is to help more people be able to do what we’re doing in other places and to share the benefits I’m seeing.

David AvRutick is the President of Alice’s Clubhouse.