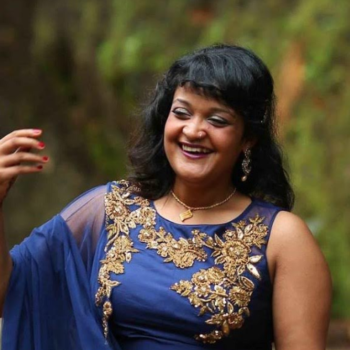 Eventually, Joseph my grandfather died on December 21, 1985, a year and a half after asking for directions home. After his death, my father could not stand living in India anymore.

For decades, my father’s family lived in Arunoottimangalam, a small rural village in Kerala, India. It was a town where everyone knew everyone and life was simple. My grandfather’s name was Joseph — he was a farmer. He owned 15 acres of land enriched with rubber trees, coconut trees and paddy fields. Farming was all he knew, and he never regretted a day working in the fields. My grandfather was also a much-respected man because of his dedication to charity. He donated money and goods to the church, local schools and the less fortunate. He constantly gave, and took pride in being very independent. When he was diagnosed with Alzheimer’s, it completely changed his life.

One Day, My Grandfather Forgot His Way Home

It was a beautiful day in the summer of 1984. Joseph was 71 years old. He woke up, got ready and walked 2 miles to the next town over to sell some of his produce. He walked the same route every day since he was 10 years old. After a successful day of selling, Joseph gathered all of his leftover produce and headed home. On his way home, he got confused and could not remember the way back so he embarrassingly asked a neighbor for directions. He started to feel like something was changing.

At this time, my father was only 24 years old. He was young, vibrant and full of energy. He just graduated from college, and was planning to marry my mother. My father had many dreams as a young man, such as having a family and becoming an actor, but when my grandfather started showing signs of dementia, my father had to pump the brakes on those dreams to assist in the care of my grandfather. My father was Joseph’s primary caregiver. He also took over the workload on the farm.

My grandfather’s dementia symptoms started with forgetting his way home, but by September 1985, he was completely bedridden. He forgot how to walk, eat, swallow and dress himself—things that most people take for granted. This crushed my father. He grew up with a father who was strong, independent and respected in the community. In the final stages of his dementia, Joseph had lost most of his memory. He started forgetting who my dad was, and eventually would refer to my dad as “sir” rather than son. It broke my father’s heart that he was losing the strong father-son bond they once had.

In India, No One Knew Much About Caring for Alzheimer’s Patients

In the 1980s in India, there was not much education on how to care for an Alzheimer’s patient. My father had a standard routine, caring for my grandfather with daily baths, feeding and helping him use the restroom, but that was it. My father was not aware of how severe the disease could get. By December 1985, my 25-year-old father noticed my 72-year-old grandfather was losing a lot of weight and had a poor appetite, so he brought my grandfather to the hospital. Tragically, just a day later, my grandfather died due to starvation. Due to the lack of education about Alzheimer’s, my father did not realize that his father was withering away. He thought that maybe this was normal because no one told him otherwise.

In the beginning, my father didn’t know how difficult it would be to take care of someone with Alzheimer’s. It was a lot of work for one person. I asked my father how it was to be a caregiver. He sighed, took a deep breath, and replied, “Because of my age, I felt like my father would have been taken better care of if he was in a nursing home. I was not able to be as attentive as a caregiver should be. Unfortunately in the 1980s in India, there were no nursing homes, so I could only try my best.”

Eventually, my grandfather died on December 21, 1985, a year and a half after asking for directions home. After his death, my father could not stand living in India anymore. My father never had plans on leaving but due to the trauma of the quick disease progression, the burden of the household responsibilities and the feeling that nothing was done “right,” he needed an escape. My father sold most of my grandfather’s holdings in India. He held on to some land with rubber trees and coconuts to live out his father’s legacy, but it was never really the same.

My father still struggles with the “what ifs.” “Caregiving was difficult for me because I was so young and had no guidance on what to do,” my father said. Had there been more awareness of Alzheimer’s, nursing facilities or proper caregiver education, there is a possibility that my grandfather could have lived longer.

Soon after my grandfather’s death, my father moved to America and began his own businesses. He helped his community through charity and church, just as his father did. My father finally started the family he always dreamed of. He also became an actor in some Kerala movies and television shows and sometimes travels back to India to participate in shoots.

Every visit to India reminds my father of the enormous impact my grandfather made on the people of Arunoottimangalam because the resources growing on our land are still feeding the local people. He wasn’t able to feed himself in the end, but he still continues to nourish the people of Kerala.