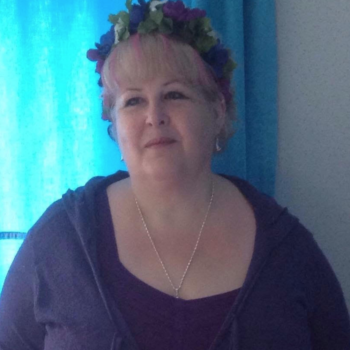 I often worry how I will cope when my husband passes. I have to remind myself that I have coped for twelve years, bringing up two daughters and supporting them to achieve their full potential, of which I am very proud.

I don’t remember the year, only the date. It was August 5th, and that was the day my husband, Derek, was given an Alzheimer’s diagnosis.

It had taken a year of endless questions, tests and scans, as well as appointments with psychiatrists, neurologists and doctors. I was frustrated that it had taken so long to diagnose. I now understand why.

Once the disease is diagnosed, it’s like being given a death sentence. The long goodbye.

We had no idea how this diagnosis was going to change our lives. I was forty-four, and we had two young children. I remember telling them that dad has Alzheimer’s. They were not too concerned, but at the time they, like me, didn’t know what Alzheimer’s was. Isn’t it something that elderly people get?

In the early stages, Derek couldn’t hear. This was followed by his speech being muddled. When he walked out of work, we only had my part-time wage to live on. Derek told people he had retired.

Life became very difficult as Derek’s illness progressed. Our children did not acknowledge their dad’s illness and they didn’t tell their friends for fear they would be treated differently. They didn’t want sympathy. But there were times when I had to notify school that things at home were difficult, especially when it was exam time.

I tried my best to keep home life as normal as possible, but sometimes it was difficult.

Things came to a head when Derek would no longer sleep at night. He would go to bed at 7 p.m., only to wake up at 10 p.m., get dressed, go downstairs and have breakfast. At the beginning, I could coax him back to bed, but after a while he was adamant it was morning.

This caused major problems as Derek would turn all the lights on and wander in and out of the girls’ bedrooms, looking through drawers and cupboards, waking them up. It got to the point where I didn’t sleep at night so I could keep an eye on him and stop him from waking the girls.

Sometimes I would fall asleep out of sheer exhaustion and unbeknownst to me, our youngest would stay awake to make sure dad was okay. After a while, the crisis team got involved because they were worried about my exhaustion and the fact that the girls were not getting any sleep.

Derek was sectioned and taken to a psychiatric hospital with a promise that once the correct drug was found to help Derek sleep at night, he would return home. This was where our journey started: with horrendous side effects from drugs, a care home that didn’t care and a forensic hospital.

I am proud to say that both our daughters have grown up to be level-headed young ladies. One has just graduated from university with a first class honors degree. Life has been difficult for them, having only me for support.

Each day, we wonder if we will get the call saying Derek has passed. My daughters watched their dad deteriorate, and experienced him no longer recognizing them. My daughter told her dad that she achieved first honors at university, and her dad did not even acknowledging she was in the room. I can’t even imagine not having my dad around while growing up.

Recently at a book signing to which both daughters attended, I was asked if Alzheimer’s was hereditary. My heart stopped. I have ignored this subject for my own sanity, and I didn’t want to answer with my daughters present.

This opened up a new conversation with our daughters. The oldest surprised me and pointed out that some types of Alzheimer’s are, in fact, hereditary. I clearly underestimated their interest in the subject that I refused to acknowledge.

Our youngest questioned why you would want to be tested for Alzheimer’s when there is no cure. She’s right, of course, in pointing out how difficult it would be to live with the knowledge that the rest of your life will be taken to this evil disease. In her words, you have to live your life to the fullest now, as no one knows what’s around the corner.

One of the things that I was never prepared for, besides my husband no longer recognizing me, was the loneliness. As our daughters start to branch out in life as they should, I have lost my best friend and my future. I didn’t expect, at the age of 56, to be a single parent. Alzheimer’s hasn’t just robbed me of my husband, but of my future with him.

I often worry how I will cope when my husband passes. I have to remind myself that I have coped for twelve years, bringing up two daughters and supporting them to achieve their full potential, of which I am very proud.

I feel very passionate about getting my story out there, to help others on the same journey, and to hopefully change some aspects of the system that don’t work well. Like having more facilities for the younger generation diagnosed with this disease, and more help for their families.

My husband is still alive, but I don’t think living is the correct phrase. He no longer talks or communicates, he has double incontinence, weighs approximately 7.5 stones (105 pounds) and cannot walk. He has to be fed soft food for fear of choking, and is moved from chair to bed and vice versa. My heart breaks on each visit. The long goodbye.

Angela Hogarth shares the full story in Alzheimer’s: Not Just a Memory.