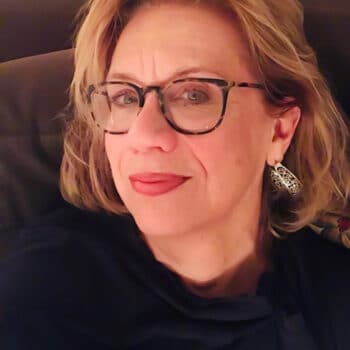 For me, the specters of a deadly virus and a genetic predisposition merged in 2020. I can avoid the variable external risks of infection by not going to the grocery store, the studio, the holiday gathering — but I cannot undo how I was made.

It has been more than eight months since I stepped inside a grocery store. Women and men who I don’t know comb the aisles of Whole Foods and Target and make small decisions on my behalf. They handle produce and select substitutes for out-of-stock items. Often assisted by a partner or their children, they deliver these things to my door. I am always grateful and tip generously, yet there is a part of me that is deeply embarrassed by these self-protective transactions. Even though I live in a Pennsylvania county that has seen more than 22,000 cases of Covid-19, I sometimes question how conservatively I interpret and avoid risk.

We generally interpret risk based on evidence. I’m old enough to remember the Cuban missile crisis and how I begged my parents to prepare for an attack that never happened. I saw evidence: televised satellite photos of launch sites and maps of the missile ranges. How did my parents know that we wouldn’t be living in the basement, while the world wilted in nuclear winter?

It has been seven years since I tested with 23andMe and discovered my increased risk for late-onset Alzheimer’s. Like an invisible coronavirus looking for a host in a crowded room, the risk wasn’t obvious. My dad suffered from dementia that was complex and hard to attribute. In the year he died, he’d been diagnosed with coronary artery disease, carotid artery disease, old brain infarcts, Parkinson’s with dementia and probable Alzheimer’s, but he also had a history of serious head injuries. My mother, who lived into her late eighties, did not have dementia.

But in 2013, the parsing of my genome resulted in sobering evidence: my parents’ genetic toss of the dice had produced an infant with a pair of ApoE4s.

An invisible deadly virus and an invisible genetic inheritance both exist in my ordinary world, where red leaves mingle with yellow on the sidewalk. Outside, I see normal, although I know better. For those of us lucky enough to be spared first-person experience with the Covid-19 pandemic, there is plenty of second-hand evidence of its existence. We process media images and memory as we assess personal risk: televised visions of temporary morgues and field hospitals, flashbacks of a confused parent, walking in the snow in his pajamas.

The pandemic has thrown us into existential uncertainty. We are bombarded by changing information about the efficacy of masks, the reliability of testing, the actual dangers of fomites, the availability of a safe and effective vaccine, the implications of a mutating virus. For those of us who inherited two copies of “the Alzheimer’s gene,” we are already familiar with a landscape of uncertainty, in which changing perceptions of predetermined risk flash through our heads like tarot cards.

For me, the specters of a deadly virus and a genetic predisposition merged in 2020. I can avoid the variable external risks of infection by not going to the grocery store, the studio, the holiday gathering — but I cannot undo how I was made.

I live alone. Already a bit of an agoraphobe, staying close to home, where I also work as a writer and editor, has not been hard. It’s been a productive time, and the type of work I’ve been doing focuses my attention on the near future. But it is precisely the concept of future that gnaws away at my resiliency. For those of us with two copies of ApoE4, the future was already uncertain, requiring that we prepare for any kind of weather. But the pandemic has further clouded that future. The probability of a slow return to mobility and spontaneous human contact has provided a new lens through which to clarify our values. If we used to worry about “What do I want to do while I am still able?” we now must consider additional limitations of “What do I want to do while I am able — under new rules?”

Mortality has become a real and present danger not only for those of us nearing the age of late-onset Alzheimer’s, but for everyone. The future — its quantity and quality — flashes before us in all its negotiable and non-negotiable parts, and for now, I have chosen a path forward in my line of sight.

There is family I love in another city, and a book I have to write. There are friends and social issues that matter. Their importance eclipses the questions of whether my cognition will be intact two years from now, whether I will ever see Greece or Scotland. I will unapologetically protect myself so that I can take care of what is immediate and pressing. From shopping services and Zoom meetings to telemedicine and streaming video, I am grateful for every accommodation that makes this uncertain time sustainable.

And I am grateful for others who understand that there is just so much uncertainty that I can manage. Part of me is reminiscent of the girl who wanted to seal the basement rec room to block the invisible radiation from nuclear warheads. She wanted to err on the side of survival. I still do.

See all Voices
Copyright © 2021 Being Patient
Ping blog
We use cookies on our website to give you the most relevant experience by remembering your preferences and repeat visits. By clicking “Accept”, you consent to the use of ALL the cookies.
Cookie settingsACCEPT
Manage consent