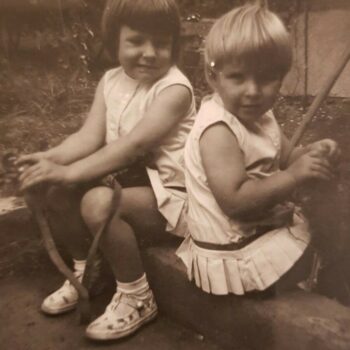 Making the decision to put Mum into care and, eventually separate our parents, was a massive challenge.

Angela Wickes made the tough decision to put her mother into care and she shares her advice on the making the transition.

My mum was diagnosed with Alzheimer’s in 2010 at age 69. It has been a long, hard journey and it’s been heart-breaking to see the losses she’s suffered. She and my dad live in a care home near me and my sister. They’re in different parts — Mum is in a specialized dementia unit and Dad is now in end-of-life care after his health deteriorated. Making the decision to put Mum into care and, eventually  separate our parents, was a massive challenge.

Mum was devoted to Dad. They spent over 40 years at home together and they rarely went anywhere without each other. At first, when we made the decision,  Mum became angry and we found her emotional outbursts very hard to deal with. We felt despair and helplessness. My sister and I made a pact to ensure we spoke to each other about everything related to mum and dad, in order to strengthen our decision and be united. We also had to convince Dad who, despite his own deteriorating health, was holding on to the responsibility of taking care of Mum. We could see the toll it had taken on him.

She was very unhappy at first —she couldn’t remember where Dad was—even though we took her to see him every day. When she remembered, she was angry and scared, saying that we had broken up the marriage and asking why they couldn’t be together. We’re still trying out different approaches to manage mum’s distress. We’ve tried explaining it, denying it, and confirming it. We’ve tried distraction. None of these have worked very well. For the most part we’ve looked back to what was normal for her and that was visiting Dad in hospital on many occasions over the years. So we’ve taken a similar approach to try to normalize the situation and match it with something that Mum finds acceptable, telling her things like: “Dad is in the nursing unit as he needs special nurses to help him walk.”

If you struggle with something that keeps recurring  with your loved one, my tip would be to try lots of different answers – bearing in mind that you need to find an acceptable answer that makes sense to the person. We found that looking back to what she was used to has helped us respond in a nurturing way to Mum; a way that keeps her calm and allays distress.