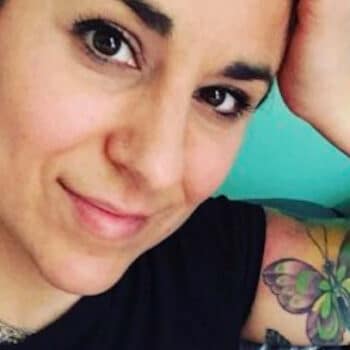 Honor yourself for doing what you have been able to, and forgive yourself for not being able to make this disease easier.

Heather Wallace is a mother, wife, writer, photographer and entrepreneur who added Alzheimer’s caregiver to her list of roles when her mother was diagnosed in 2010.

My mother, Margaret, was diagnosed with early onset Alzheimer’s disease almost eight years ago at 62 years old. Like most people afflicted with the disease, the decline probably started earlier than the time of diagnosis—in her case, most likely in her mid-50s. When I got “the call” that she was having some trouble and would have to retire early from her job as a physiotherapist, I was pregnant with my first child and about to become a mother myself. I was in no way prepared to take on a mothering role to the woman who would no longer be able to give me advice during such a profound stage of my life. I passed through all the stages of grief for the remainder of my pregnancy, and got down to the hard work of assuming responsibility for her affairs. I don’t mind admitting I spent a lot of time in the resentment phase. She had left me when I was 14 years old, and while I was willing to let her be a part of my life in adulthood, I never felt she should have to be my responsibility, especially not now when I needed her the most.

Over the next couple of years, I had another baby and moved my mother next door to me so I could care for the three of them—my two sons and my mother—full-time. She was the only relative we had nearby, so not only did we face a lack of support raising our young family, we had no respite in caring for her. My mother started wandering at night and would get into her pajamas during the middle of the day. Sometimes she would have injuries and not remember how they happened. Ultimately there came a time when I could no longer meet her needs while trying to start a business and raise my young family. The only way to ensure her safety was to move her to a nursing home.

Over the last few months, I have noticed that she seems less and less able to recognize me, though sometimes she calls me “Mommy.” I finally cried in front of her the other day. Usually when I go to visit, it is with some mission: to bring her new clothes, to organize her photo albums or to change out the flowers from her vase. This time, I just put on a Sarah Harmer CD, sat with her, stared into her eyes and sang with her. She didn’t know the words, but she hummed right along and swayed back and forth. My mom had always been a reserved woman. I never saw her dance or heard her sing. As Alzheimer’s changed her personality, she suddenly started to dance and sing like no one was watching. Since her Alzheimer’s has progressed, music has become one of the only—and the easiest—ways to reach her. I am grateful to connect with her in this way.

Up to that point of connection, there really hadn’t been time to be in the moment. I had been running from my emotions for so long. My advice to other caregivers is to accept any emotions that wash over you without judgment or guilt. Honor yourself for doing what you have been able to, and forgive yourself for not being able to make this disease easier. When the time comes to entrust others with your loved ones’ care, trust the blessing of respite, and exhale. Now that the “work” of getting her to a safe place is done, and I know we’re entering the end phase, I want to focus on appreciating the time we have left. I’ve learned that in the end, it’s as simple as love, and in some ways, I’ve never felt closer to her.