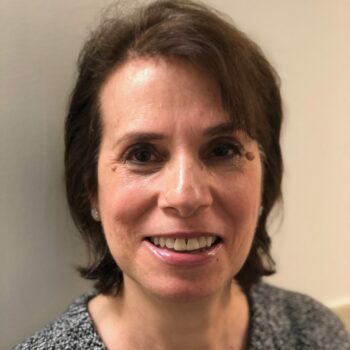 Accept when your parent doesn’t want family around while his or her spouse is dying. Your parent knows what he or she is capable of managing. Don’t get in the middle of family squabbles over medical care; this will only ruin your health. Accept the majority opinion. Let the healthy parent make the final decision about his or her spouse’s care.

Iris Manning is a writer, who lost her father to dementia.

My father was diagnosed with dementia at 84 years old. He couldn’t answer the doctor’s standard questions like what year it was and who was president. In his younger days, Dad was an avid golfer and a connoisseur of cars and food. He would meet me at the airport, take me out to lunch and discuss our lives and current events. My favorite memory was the drive-in, where he took me to the concession stand before the movie and bought me whatever I wanted.

As time passed, my father changed from a loving, patient person to one who became increasingly agitated over the smallest things, like when he couldn’t understand how the thermostat was functioning. I always had to remain calm and reassuring when this happened and accept where he was at. This change in behavior was one of the most difficult parts of the disease for our family. In one of his more lucid moments on the phone, he told me there were certain things he couldn’t do anymore. Then his sentences would trail off with “bah, bah, bah…” During one of the last times I visited him, he flashed his driver’s license at me and told me he could still drive. I hoped he couldn’t see the tears in my eyes.

My parents met at a dance and were a handsome couple. They made sacrifices for each other and their family, and I never doubted they loved each other. Mom let him pursue his favorite sport of golf, and Dad let her take us to restaurants and shopping. Having outlived most of their friends, I don’t think they ever foresaw this happening to them.

My father’s dementia worsened quickly. He tried to leave home without my mother’s consent. My father was taken to the hospital, given strong medication, and he was determined to be “nursing home ready.” When Mom visited him in the nursing home, he was slumped over in bed. He had stopped eating and they gave her the alternative of a feeding tube to keep him alive. Other hospice places in the area gave Mom suggestions. She was also given the alternative of having Dad die at home, which she didn’t want. Mom called me and asked me what to do. I knew Dad would never want to be kept alive on a feeding tube and strong drugs for years, and that hospice was the best choice. I told her the best hospice location was the one nearest her who told her they offered the best services.

My father died one year later. His kidneys shut down after they started administering all the anti-psychotic drugs they give to dementia patients. I flew down south for the funeral. As I went downstairs to get my luggage, I noticed a woman with a sign for a cruise. I wished I was going there instead of to Dad’s funeral. I carried on a secret conversation with Dad, and told him how tired I was. Suddenly, a man popped out of the crowd and said, “Need a ride miss?”  I took the taxi driver’s offer because all I wanted to do was go home to Mom.

My advice to any family undergoing the stress of dementia is the following:

Accept the patient’s perceptions of his or her environment. Offer the patient calm reassurance that there is nothing to worry about.

If possible, get help. We used home health aides in the morning through a home health insurance policy my parents had, and a volunteer from a social services agency in the afternoon. The home health aides assisted with my father’s bathing, trips to the doctor and supermarket, meals, light housekeeping and companionship.  The volunteer from the social services agency offered my father friendly conversations while requesting that my mother go outside for a break. This helped Mom avoid burnout.

Accept when your parent doesn’t want family around while his or her spouse is dying. Your parent knows what he or she is capable of managing. Don’t get in the middle of family squabbles over medical care; this will only ruin your health. Accept the majority opinion. Let the healthy parent make the final decision about his or her spouse’s care. Offer advice only when they request it.

Know that the love and memories of your loved one will never die.