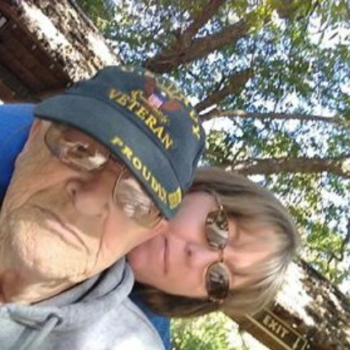 After calming myself down, talking to some people and doing research, I learned that hospice may improve my dad’s quality of life.

When my mom first told me that my dad’s sister, who was a nurse, recommended that he start hospice care, I burst into tears. The word hospice has a stigma attached to it that made my mother and I very upset. I remember going into work one day and my coworkers asked me how my dad was doing. I said, “Oh, we got him signed up with hospice.” They all stopped dead in their tracks and looked at me. I said, “No, I’m telling you, hospice is not what you think it is.” After calming myself down, talking to some people and doing research, I learned that hospice may improve my dad’s quality of life.

Before my aunt shared this suggestion with us, my dad had been diagnosed with dementia in 2014. My parents worked in the same facility at a college, and my dad, who was in his 60s at the time, was supposed to retire soon. However, my mom said he started telling her that he couldn’t remember what he was supposed to be doing. In 2016, he had to have an eight-hour aortobifemoral bypass surgery. He still had the mental capacity to agree to the surgery and doctors warned him that if he didn’t get it, he may need to get his legs amputated. Unfortunately, we believe the surgery caused his dementia symptoms to become a lot worse.

After the surgery, my dad stayed home until 2017, and a home health aid came for rehabilitation, but this service was not long-term care. The home health agency my dad was using also offered hospice care. While we initially signed up for their hospice company, we discovered another company that had a nurse who was a friend of the family. We wanted to make sure we made the right decision for my dad, so we took various steps to ensure that we found the right hospice service for him.

We had carers from both facilities come to the house and interviewed them about the services they offered, as well as the facilities they were connected to. My mom was in her 70s and she could not pick my dad up on her own, so we knew that eventually, he would need to move to an assisted living facility. While I was with my dad nearly every day, my mom was with him 24/7. If you foresee a nursing home in your loved one’s future, research what facilities are in the area, find one with a memory care unit and determine what hospice companies they work with. Some hospice companies don’t service certain nursing homes. You want to find one that services the nursing home you select. Ultimately, we chose the hospice service with the nurse who was a friend of the family because the company was a better fit for my dad.

When selecting the right hospice company, there were several other factors that were important to us as well: We wanted an assigned care team, to be on a first-name basis with his nurses and to know what their plan was for his medications. Because he was on so many medications, we were afraid to take him off them, in case he had a withdrawal. However, his hospice team talked us through this process and eliminated unnecessary medications. They also gave us an emergency care kit that had morphine in it and emergency mood pills to treat various behaviors that are common with dementia patients.

Although it may depend on what area you live in, we found that hospice offers more than in-home care or even in-facility care. His home health aids only came once a week, but hospice aids came to our house three times per week and my dad saw the same people each time. In addition to his nurse, shower aids came to help him with his personal care two or three times per week. In contrast, the home health aids switched each week. It was important to us that my dad had some type of consistency. Even if you may think your loved one won’t remember who they see, they are likely still more comfortable with seeing the same people. Because dementia is considered a terminal illness, hospice nurses come to make sure that your loved one’s quality of life stays where it needs to be until the end.

Before hospice, my dad was going to 12 different doctors and on nearly 15 different medications. It was ridiculous. After hospice stepped in, they eliminated unnecessary medications and going to so many different doctors. He had one doctor with hospice, and that was it. Before he started hospice, he had a doctor who suggested my dad should get a colonoscopy. My dad could barely get out of bed, so this suggestion didn’t make sense. Hospice was the way to go because my dad was no longer going back and forth to different doctors each day who offered different suggestions. He had an assigned, dedicated care team; we knew the three people we were going to deal with each week rather than meeting whatever nurse happened to be available that day.

While my dad was in hospice care at home, we signed him up for a week’s respite care at the assisted living facility we chose for him so that he could get used to the facility. When you go to different nursing homes, pop in at random times of the day and don’t plan your visits. This way, you can see what the nursing home is actually like. When you have company coming to your house, you’re going to clean up and make sure you’re on your best behavior, but if a visit is unannounced, you may not do that. We also wanted to make sure the nursing homes were well-staffed. I didn’t want to walk down the halls of the nursing home to see one nurse running from room to room because then, they’re not spending time doing what they need to do; they’re just getting the job done.

Since my dad has passed away, I’ve been running a support group on Facebook for about three years now. I’m more involved in the group than I was before he passed when I was still a caregiver. The group is helping a lot with my healing and grieving. While caring for my dad, I realized I was spending a lot of time doing research and making sure everything was done that needed to be done for him. After reading members’ questions in my group, I now realize that a lot of the information I learned may be helpful to someone else too. Something I learned is that we need to erase our fear of that word: hospice.

Jean O’Connor was a caregiver, who lost her father to dementia. She also runs the Facebook group alzheimers and dementia caregivers support chat group.