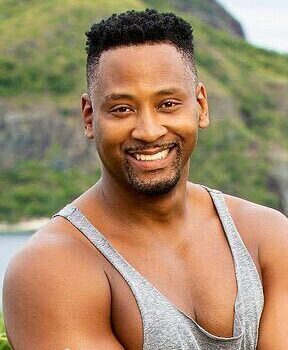 Raising a child can be very difficult, especially one as unique as I. My father accepted me long before the world realized being a homosexual was not a psychological disorder. It would have been amazing for him to see just how right he was about society, about me, about everything. When people in my life kept discouraging me, he told me: “If you’re going to be different, be the best different you can be.”

By: Jeremy Crawford
As told to: Niki Chen

I had always thought of myself as different from my father. However, when I was stripped of everything on the reality TV show Survivor, all I had left were my character traits, and it wasn’t until then that I realized I was just like my father, Jobe Crawford Jr., who passed away in June.

My father, diagnosed with early onset Alzheimer’s at about the age of 64, was a good man, a caring and compassionate person who valued integrity, rather than accomplishments. He taught my two older brothers and I about respect, discipline, and the importance of advocating for ourselves as well as others.

As a parent, there’s so much love, time and sacrifice that is invested in a child in order to see them become successful happy adults. Every parent hopes to live long enough to see the fruits of their labor. My father was able to see us mature, but Alzheimer’s didn’t allow him to see us succeed. He wasn’t able to see me on Survivor, or my brothers become successful businessmen and extraordinary fathers. Unfortunately, when he was diagnosed, I was still little more than an adult child. He never was able to see me as a successful lawyer, homeowner, or the boy who eventually became him.

I had watched Survivor for 20 years, and I felt like I was finally ready to go to the island and play the game. Watching Survivor, my father would have been happy to know that although I was playing for a million dollars, I was still willing to put the game aside to help a fellow contestant (Natalie). I never lost the values he taught me.

I enjoyed the theme of David vs. Goliath in season 37th and I do consider myself a Goliath: not because of my sexuality, profession or education, but because of my character traits. Just like my father, I’m confident, empathic, respectful, giving, and loyal.

No matter how much you love your parents, when you are a child or a young adult, you don’t truly appreciate them. In my mid twenties, I started to develop a greater appreciation for things that mattered. Unfortunately, it was near the same time my father’s illness began to manifest. It was quickly too late for me to show him that all his sacrifices truly did pay off. I wanted him to know that all of our fights in my childhood weren’t a sign of a disobedient child, but just a strong-willed one who was actually listening.

That’s the hardest part about Alzheimer’s: It takes away the opportunity for parents to see their children as adults, to see the fruits of their labor.

Raising a child can be very difficult, especially one as unique as I. My father accepted me long before the world realized being a homosexual was not a psychological disorder. It would have been amazing for him to see just how right he was about society, about me, about everything. When people in my life kept discouraging me, he told me: “If you’re going to be different, be the best different you can be.”