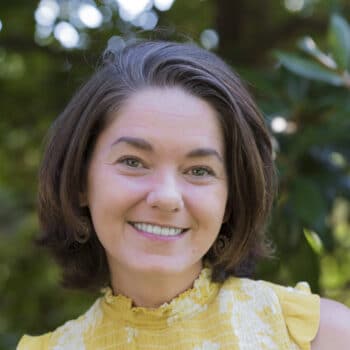 Step into their world. Listen to their stories, even if there is no truth to them.

Melissa is 35-year-old, full-time caregiver to her mother, Beverly, who is 73 years old. She lives with her mom, her husband, Derek and their three kids in North Carolina.

There was a time when my mom remembered everything, down to the last detail. The house was always meticulously clean. Dinner was always on time. To mine and my sister’s friends, she was Miss Beverly or Mama Bev. She didn’t know a stranger, and when she laughed, the whole room vibrated with her energy. Then, in 2011, we were introduced to Alzheimer’s. And slowly, over the past 6 years, I have watched my mother disappear, memory by memory, task by task, ability by ability.

The hardest part (well, one of them) to navigate was the essence of the word “truth.” So, for the first few years after her diagnosis, I found it unbearable that mom was forgetting; I would fight with her, show her pictures, shoving my truth down her throat. If only I could turn back the clock. The arguments I could have avoided. The hurt feelings. The confused outbursts.

I learned, finally, that stepping into her reality was the key to maintaining a more level, calm household. There is no arguing with someone with Alzheimer’s or another dementia-related disease. As their disease progresses, they begin to create a new reality of their own as memories distort or fade altogether and are replaced with random snapshots.

There was a reality TV show mom watched over the winter about treasure hunting. By early summer, the show had long ended but, in her mind, it had become a part of her past: something she had actively participated in and had many vivid memories of. When she brought it up, we all said we didn’t know what she was talking about, or that it didn’t happen.

A few days after returning home from a trip with my family (my sister was able to spend time with my mom),  Mom once again brought up this crazy mission she had been a part of, saying she knew in her heart it was real but that all the naysayers were making her feel crazy. It was in that moment that I realized that without what she now thought to be real, she felt uneasy, off balance. All the memories and truths I tried to force-feed her for so long weren’t helping her—they were hurting her.

This time, when she asked me if it happened, I said, “yes.” Her eyes lit up with such happiness and satisfaction, and that light became my new drug. My new mission in life was to make that happen as much as possible.

So, I took it further. I wrote an email to the people on the show explaining the situation, and asked for an email that I could print for my mom to thank her for her participation. Within 30 minutes they had replied, and I hit my knees and sobbed. Not only would they send something, it would be an actual letter, signed by one of the main cast members, a face she would remember from watching the show.

When that letter came, it was as if all the doubt in her mind—about the trip, about her life—vanished into thin air. Her face could have lit up the sky. I videoed it, and watch it often. I hadn’t seen her that happy in a long time; nor have I seen her since.

So my advice to you: step into their world. Listen to their stories, even if there is no truth to them. Hold their hand as they recall sweet childhood memories of you that didn’t happen; perhaps they’re recalling their own. One day, their voices will go and we will miss these fallacies, and long for them as much as we long for life before Alzheimer’s.

You can read more from Melissa here.