Home » Latest Stories: Alzheimer's, Dementia and Brain Health » Article » You Asked, We Got the Answers: Alzheimer’s and Eyesight 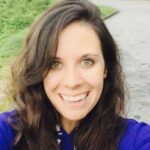 Christine Barba is a writer, editor, and researcher, published in print and online. Her recent experience includes working as a copy editor and proofreader for Pearson: Connections Education, the women’s rights organization UltraViolet, and Culture Trip. Prior to joining Being Patient, she completed an M.A. in English at North Carolina State University in Raleigh, where she worked as a college English instructor. She completed her B.A. in English and interpersonal communication at the University of Delaware, where she minored in history and journalism.

One thought on “You Asked, We Got the Answers: Alzheimer’s and Eyesight”