Home » Latest Stories: Alzheimer's, Dementia and Brain Health » Article » The Science Behind How to Prevent Alzheimer’s 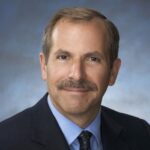 Dr. Tariot is Board Certified in Internal Medicine and Psychiatry, with added qualifications in geriatrics. He served as a Fellow at the National Institute of Mental Health and as faculty at the University of Rochester Medical Center. Since 2006, he has been at the Banner Alzheimer’s Institute in Phoenix, where he serves as Director. Dr. Tariot has investigated the diagnosis, therapy and prevention of Alzheimer’s disease, and has published over 350 papers on these topics. He has led efforts to refine measures of behavioral changes in dementia and led multicenter trials of treatments for these.

Together with his colleague, Eric Reiman, he serves as co-director of the Alzheimer’s Prevention Initiative, an NIH-funded international program to study experimental therapies that may delay or even prevent the symptoms of Alzheimer’s in people at high imminent risk. Dr. Tariot leads the Banner “Dementia Care Initiative,” a program designed to demonstrate the clinical and cost-effectiveness of standardized care for persons with dementia in a large health care system. He is a Research Professor of Psychiatry at the University of Arizona and a Fellow of the American College of Neuropsychopharmacology. His research affiliations include the NIA, the NIMH, and the Alzheimer’s Association.