Studies have repeatedly shown that contact sports like hockey and football lead to repeated brain injuries that can cause CTE. However, research has also shown that regular exercise and a healthy lifestyle can boost brain health and cognitive functioning. Being Patient spoke with Chris Boyce, a Florida hockey player for 28 years, about the repeated brain injuries that left him with severe cognitive impairment, and how regular exercise has helped him control many of his symptoms.

When did you notice something was wrong?

Being Patient: Let’s start first with your career. You’re a longtime hockey player and I’m sure you had multiple concussions over the years. What was the turning point?

Chris Boyce: Yeah, I started in 12th grade, and back then we really didn’t talk about concussions. If you got hit you got back up, and that was just the mentality because you didn’t want to let your team down. In 2007 I had two concussions within basically a week of each other.

The first one, I hit a guy full-on with my head going full speed, I hit the ground immediately and could feel the impact in the back of my head and my spine, I got up and I could see stars. I didn’t really think of it too much after that, I just continued the game trying to be a tough guy.

The following week I played again, and this time I hit a player shoulder on shoulder and experienced the same head and back pain. I hit the ground, but this time it was a little bit different, I felt different, so at that point I got myself to the emergency room where they told me I had a concussion.

Being Patient: You’ve obviously experienced a lot of hard hits in your career, and it sounds like you usually just got back in the game. What felt different about that second hit?

Chris Boyce: I just didn’t quite feel like me, and I really noticed it the following morning. I woke up, and I felt like a new person. I woke up with tinnitus, and I still have it 24 hours a day. I just felt differently, I didn’t feel like Chris anymore.

At the emergency room they did a scan and said nothing was wrong, and from there I went from doctor to doctor doing cognitive tests, more MRIs. Everyone was always saying “It’s probably brain damage, but we can’t see anything.”

It wasn’t until 2009 or 2013 that I had the DTR MRI, and that showed that I had an axonal tear in the superior frontal lobe. They said I had white matter loss and two microhemorrhages, and suspected CTE, but I’m not too sure exactly. It was really frustrating at that time just going from doctor to doctor and getting, “You probably have a brain injury.”

Being Patient: I’m assuming that was where your hockey career ended?

Chris Boyce: I think I took off about six months, and then continued playing because I just loved it so much. I think I played up until about 2014 and then my anger issues and sensory overload started getting worse, and I realized I couldn’t be on the ice anymore.

I had problems with mood swings, memory at work, constantly losing things, falling off ladders, I was getting in car accidents, and I think at one point my doctors had me on about eleven different medications.

Dealing With the Symptoms

Being Patient: Do you feel like your condition is getting worse?

Chris Boyce: I think my memory is getting worse, the rage issues are getting worse, the paranoia and out of body feelings are my major problems. I feel like my mind is drifting further away. In a store I feel like a zombie or like I’m super drugged up or zoning out, I’m not aware of anything around me. I’m trying to focus on what to get, and sometimes it’s so bad that you’re just grabbing whatever’s in front of you just to get out of the store.

The out of body feelings are a little different, that’s when I start feeling like I’m floating around or like I’m on a cloud, and that can come about just from me walking around my dog around the park.

When it gets bad at a store or when I’m out of the house, I just have to get out of there, but if I’m just walking the dog or at home my new thing has been getting in my garage and working out, and that seems to bring me out of the out of body feeling.

Being Patient: I know one of the things you wanted to talk about is the role of exercise in managing a neurological condition, so tell us a little about what it’s done for you.

Chris Boyce: Well it kind of came on by accident earlier this year when the pandemic started. My daughters couldn’t be on the swim team anymore and we needed something for them to do, so we ended up buying exercise equipment.

So I started exercising with them, and I started seeing the benefits with a lot of things. It helps with my depression, anxiety, it just makes me feel better in the morning and I feel better about myself.

Looking To the Future

Being Patient: Is there anything that’s changed about your relationships with your daughters and wife? Are you against your daughters being in contact sports?

Chris Boyce: I have both of my daughters on the swim team, but if they wanted to play hockey or any of those sports I would say absolutely not. There’s no way on earth.

Being Patient: So Chris, you’ve been dealing with this for about a decade and taking care of it mostly through your own means. What is it that you would say to others with similar experiences?

Chris Boyce: You know, I wish I would have stuck with diet and exercise first. Medications really masked my symptoms, so I really didn’t understand them until I got off the medications, and only now am I starting to really dissect what I’m dealing with and what I can do. Exercise has been really important to me, if I’m at home and I’m paying attention to the symptoms I can get to my garage and it’s a nice quick fix.

Motivation to exercise can be really hard, but for me it was my daughters, they were my first motivation because I wanted to work out with them. Of course now they’ve left me to do it alone, but at my other motivation is that nothing else is working for me, so this is all I really have right now.

‘Never Too Late’: Brain Exercise to Boost Cognitive Function At Any Age 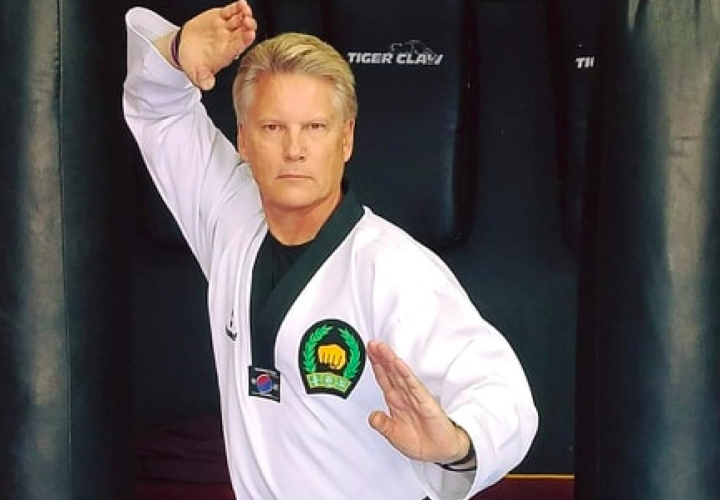