Home » Latest Research » Article » The Difference Between Alzheimer’s and Dementia

The Difference Between Alzheimer’s and Another Type of Dementia

People not familiar with Alzheimer’s and frontotemporal dementia might use the terms interchangeably, but they’re actually two different diseases that not only have varying effects on behavior, but also look entirely different within a patient’s brain. Frontotemporal dementia affects the frontal and temporal lobes, which are behind the forehead and between the ears and responsible for judgment calls in social situations. Alzheimer’s, on the other hand, affects the hippocampus and the back of the brain, deep inside memory circuits. We spoke to Dr. Brad Dickerson, an associate professor of neurology at Harvard Medical School and a director in the neurology department at Massachussetts General Hospital, about why getting a diagnosis that distinguishes between Alzheimer’s and dementia is important for both patients and caregivers.

Being Patient: Is there a comprehensive list of differences in how different dementias present themselves in a person?

Brad Dickerson:  We typically hear from patients with Alzheimer’s disease that their major problem is with memory, and they’re forgetting things that are important to them.

Whereas, the prototypical patient with behavioral variant of frontotemporal dementia has a normal memory in many cases – normal language, normal functioning in terms of cognition – but their problem is with their personality and their relationship with often their spouse. So, it may look like a mid-life crisis or it may look like a psychiatric illness. They may be making poor judgements, especially in social settings, like making comments to people that they wouldn’t have made or shouldn’t make in a normal setting, sort of losing their filter.

They may be abusing substances in ways they hadn’t before. As one example, we’ve been working with a woman recently who was physician and a staunch anti-smoking campaigner outside of the work that she did in her patient care. She was a campaigner against smoking, and one of the early symptoms that she developed was that she had new interest in smoking, she took up smoking, and her husband thought that was the most bizarre personality change he could have imagined occurring. But along with that, she was not as connected to him and she was actually starting to have what appeared to be online affairs with men, which was completely out of character for her. They had been married for 25 years and had a very solid relationship up until about a year or so before they came to see us. And this gradually progressed and started affecting her judgment on the job as well.

And so, the initial thought with her primary care physician was could she be depressed? Could this be a reflection of a more pervasive substance abuse issue? Could it be a mid-life crisis? Could it be a late onset bipolar illness or some other psychiatric illness? So, it took a while, along with progression of her symptoms, before she came to see a neurologist because initially the PCP thought she should go see a psychiatrist. So, the prototypical FTD often starts out in some way like that.

Being Patient: With FTD, is there memory loss that is apparent in the initial stage?

Brad Dickerson: In some patients there may be, but it’s a different type of memory loss. A lot of times they are disorganized in their memory. Sometimes they’ll be quite “on” with their memory, and other times they’ll just seem to be forgetting basic information that their family would expect them to know. Sometimes about facts, or sometimes about recent events. But it has a less consistent quality than a patient with Alzheimer’s memory loss typically does.

Being Patient: How does FTD and Alzheimer’s present itself differently in the brain?

Brad Dickerson: In the brain, the patient with Alzheimer’s in general has a problem toward the back of their brain, and deep in the inside memory circuits, in between the eyes and the ears.

They have problems in the back of their temporal and parietal lobes, in areas that control things like language, and visual functioning, and some aspects of organizational skills.

Being Patient: Why is it important for a patient or a caregiver to know what type of dementia a person has? I mean, in the end, isn’t the care all one and the same?

Brad Dickerson: The real value of this to patients and families is I think three-fold. Number one, what can they expect? The second question out of a person’s mouth after they say, “What’s my diagnosis?” is “What’s going to happen to me?” Helping patients and families plan for their future in terms of the types of symptoms they are likely to experience, the ways we need to be monitoring them and the kinds of supports they’re going to need is a really important thing to start with at the beginning of the journey as best as we can.

Secondly, people want to connect with a community of people that are affected in a similar way. The Alzheimer’s Association, generally speaking, covers the broad waterfront, but a lot of their programs are specialized for people with Alzheimer’s. There’s also the Association for Frontotemporal Degeneration. There’s the Cure PSP community for people with this rare illness called progressive supranuclear palsy. And there’s a Lewy body support network as well. So, connecting with those support networks can be a very valuable empowering step for patients and families to take to help them feel less isolated.

Ultimately, the importance, we hope, will be in targeted therapies. As you say, at the moment, we’re best able to treat people’s symptoms. Those may not differ, depending on the molecular pathology. They differ depending on the symptoms. You may or may not need a specific diagnosis to develop that kind of care plan. But if you want to try to connect people with clinical trials they can enroll in to try to gain access to the next generation of therapies, that’s where the more specific diagnosis is often necessary.

Being Patient: You also see patients as well as conduct research. Is there any trend that you’ve seen in terms of number of Alzheimer’s versus Frontotemporal Dementia?

Brad Dickerson: I think the trends that I’ve been seeing are that people want access to good quality care earlier in their condition in many cases. Frontotemporal Dementia is a rare disease that we don’t have great estimates for the frequency of it. It probably affects fewer than 200,000 Americans, which makes it a rare disease by the FDA’s definition.

Young onset Alzheimer’s may be similar. It may be a rare disease in that sense too, and some people think that it may actually be different than typical later onset Alzheimer’s, which affects 5 million, or an estimated 5 million Americans, so there’s really an order of magnitude difference.

But I see more young people in their 50s, sometimes even 40s, we’re taking care of a number of people in their 30s, we’ve seen patients as young as in their 20s with these often very devastating aggressive forms of these diseases, that are quite rare and sometimes very genetically determined.

I am seeing more people in the prime of their lives, in their 50s, in their careers, running a household, doing whatever they are doing that people are dependent on them for, who in some cases are marginalized because nobody knows why they’re not functioning at the level that they used to be. And those patients I think are coming more frequently for a detailed evaluation and care plan and to try to get engaged in research to do something more specific about the condition that they’re suffering from. I think that’s happening and I think we’re also seeing people that want to be more empowered to drive their own care and participate in decisions from an earlier stage of their illness. 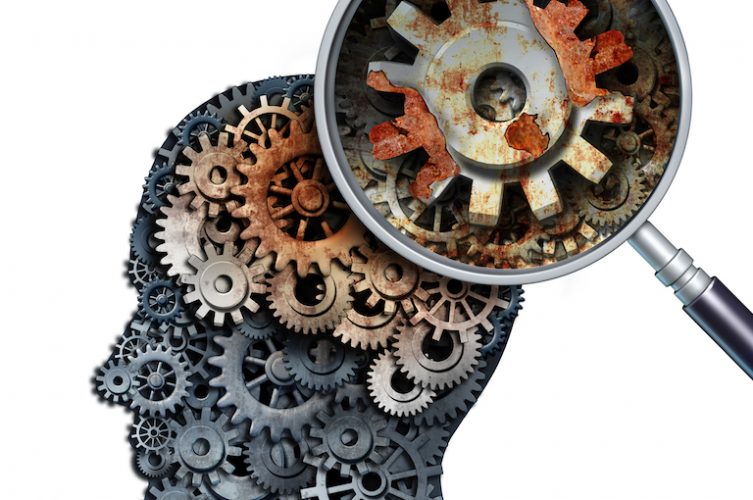 7 thoughts on “The Difference Between Alzheimer’s and Dementia”