An under-utilized tool could help correctly diagnose and manage dementia, leading to better care, according to a new study.

The study, published in the Journal of the American Medical Association (JAMA), found that giving patients a PET scan to get more information about the state of their brains resulted in an altered diagnosis for one in three study participants with dementia or memory problems and changed managment—medications, therapy, counseling, etc.—in two-thirds of patients.

Right now, PET scans are not typically used to confirm an Alzheimer’s diagnosis because they are costly and not covered by insurance. The PET scan can identify beta-amyloid plaques, a build-up of toxic proteins in the brain that is a biomarker for Alzheimer’s. Instead, doctors rely on symptoms like memory loss, word games and family testimony to diagnose Alzheimer’s. But those methods have been proven to be unreliable and biased in the past, doling our inaccurate diagnoses.

“We are impressed by the magnitude of these results, which make it clear that amyloid PET imaging can have a major impact on how we diagnose and care for patients with Alzheimer’s disease and other forms of cognitive decline,” said study lead author Gil Rabinovici, M.D., of the  UCSF Memory and Aging Center.

Medicare does not currently pay for such scans on the basis that Alzheimer’s is incurable and getting the scan would not alter the course of the disease or treatment.

But these results show that a scan can make a big difference—both for people who were incorrectly diagnosed with Alzheimer’s and are actually experiencing symptoms from another cause and those who do have the signs of Alzheimer’s, but are not given a definitive diagnosis that would allow them to pursue the right therapies or enter a clinical trial.

“These results present highly credible, large-scale evidence that amyloid PET imaging can be a powerful tool to improve the accuracy of Alzheimer’s diagnosis and lead to better medical management, especially in difficult-to-diagnose cases,” said Maria C. Carrillo, Ph.D., Alzheimer’s Association chief science officer and a co-author of the study. “It is important that amyloid PET imaging be more broadly accessible to those who need it.”

The PET scan measures amyloid by injecting patients with molecules that stick to the amyloid plaques so that scientists can see them on a scan. Having amyloid in the brain does not necessarily mean someone has Alzheimer’s, but the absence of amyloid certainly indicates their memory problems are the symptoms of something else—something that might be curable.

And while some people might question whether an early diagnosis is beneficial, studies show that knowing more about the status of your brain can help patients have more healthy years, because they have access to appropriate therapies, and also costs less over time, because patients and their families are able to plan financially.

This study was launched in 2016 in order to measure whether PET scans could change how doctors approach diagnosing and treating Alzheimer’s. They enrolled more 16,000 patients with dementia and mild cognitive impairment at 595 sites across the U.S. The Centers for Medicare and Medicaid Services footed a large portion of the bill for the study.

“This was a uniquely real-world study that looked at the impact of amyloid PET imaging in community clinics and other non-academic settings, and demonstrates for the first time how much impact this technology has in real-world dementia care,” Rabinovici said.

The new data also affected how patients’ physicians referred them to clinical trials, which is one of the only ways a patient might get access to a drug with the potential to slow down or stop the disease.

And the images of amyloid convening in the patients’ brains also changed the prescription practices of doctors. For people with mild cognitive impairment, often a precursor to Alzheimer’s but sometimes a sign of a different illness, doctors who confirmed that a patient had the amyloid plaques doubled their Alzheimer’s drug prescriptions: 40 percent prior to imaging rose to 82 percent after imaging.

For patients with dementia, PET scans convinced doctors to up their Alzheimer’s prescriptions of drugs like Aricept to 91 percent from 63 percent.

“Accurate diagnoses are critical to ensure patients are receiving the most appropriate treatments. In particular, Alzheimer’s medications can worsen cognitive decline in people with other brain diseases,” said Rabinovici. “But perhaps more fundamentally, people who come into the clinic with concerns about memory problems want answers. An early, definitive diagnosis may allow individuals to be part of planning for the next phase of their lives and to make decisions that otherwise would eventually need to be made by others.” 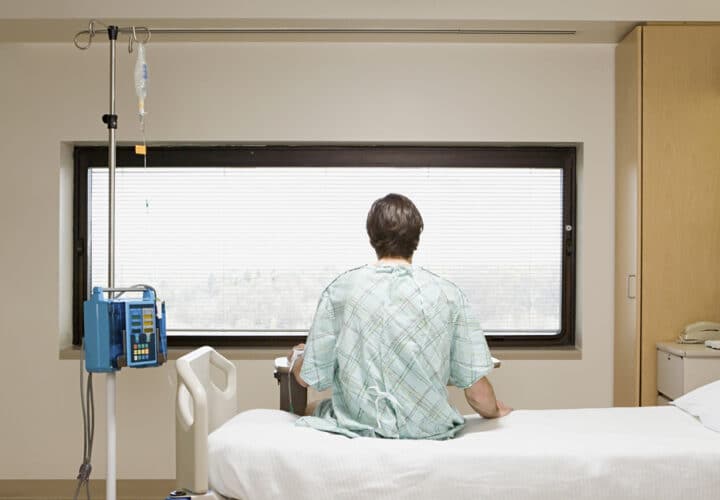